I haven’t posted a blog in a long time, mostly due to the amount of flame I get but if people are going to keep asking I might as well.

I’d like to start by talking about Dreamhack and my experiences before, during, and after.  My trip there was nothing but tragic, after waiting in the airport of my home city for a delayed flight of 3 ½ hours it eventually canceled because of thunderstorms. I was not able to leave until midday the following day which was very demoralizing. So instead of arriving at my teammate Fajn`’s house on Friday and getting a good night’s sleep before Dreamhack I ended up arriving at the BYOC with no sleep around 2:00 pm CET. I never can sleep on planes, a plague of mine = /.

Upon arriving at Dreamhack it was yet again an amazing event, this time I attended the BYOC with my team AYYY Man which consisted of (Nir, Chubbychris2, Fajn`, and Wille). Even though we had a very disappointing loss to the 90s in an 80 minute match we still managed to have an amazing time. It was incredibly fun to watch the top teams play against each other on a LAN environment and see all the fans who love HoN and the competitive players. tdM and fnatic had undoubtedly the most fan-base, shout-out to the Moonies. The finals were slightly disappointed as they were a bit one-sided but it was still fun to see my friends playing on the big stage trying to leave with that “big check”.  I wasn’t disappointed that Fnatic won but it would have been nice to maybe see someone else win DH for a change.

After Dreamhack I went to Trondheim, Norway for 1 ½ weeks to stay with a friend. Here I was able to see some of Norway. The mountains and lakes WERE AMAZING! (Nothing like my home town in Indiana where we’re notoriously famous for our corn fields) Everything there was so expensive, a medium pizza which would cost around $20 in the states cost me $42.00 in Norway... When the 1 1/2 weeks we're over I was definitely ready to go head back to the States. Luckily on my trip home I had no hiccups in regards to delays or canceled flights, which was nice. I had my dad waiting to pick me up with a cheeseburger, milkshake, and some fries. (I know typical American, but it was sooo gooood.) 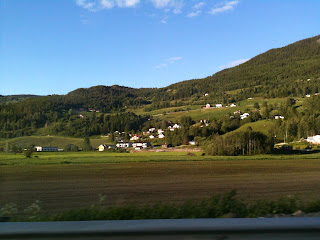 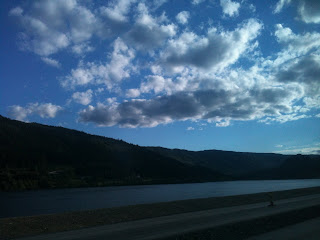 Upon arriving back home I had a few things going for me. I was hired to work at my local gas station for a summer job to earn a little extra spending money as well as taking a summer Sociology class at my University. However in terms of HoN I was little lost. My teammate Chubbychris is moving to America in the fall and couldn’t really commit to anything long term. Fajn` got an offer at DH to join up with Insania for this rumored Dignitas sponsor, Nir was going on vacation and wouldn’t be able to participate in upcoming tournaments so team AYYY Man was obviously going to disband.

In the middle of everything I found myself talking to none other than the infamous Tralfamadore, one of my arch-nemesis in the HoN community. As many of you know Tralf and I have had our differences on numerous occasions. Starting with sGty, continuing with inhouses, and TMM, really anywhere we could jab at each other we did. However in the months approaching Dreamhack he seemed to really mellow out and appreciate the game for what it is meant to be for, fun. Anyways off the rant, Tralf was looking to replace Sender and told me I was their first choice. All I can tell you is that the personalities of tdM didn’t work together, Sender wasn’t fitting in and that’s just how it is.

Following that it seemed as if they were looking to replace Zfreek as well, which to be honest I was a little surprised. I always respected Zfreek in the jungle and could only compare him with Fly and my ex-teammate Fajn`. I think maybe his 2-16 tempest or whatever at DH was probably the icing on the cake but there’s a lot more to that story than I’ll ever know I’m sure.

Haxxeren is officially the 5th member of the team and Tralf will be swapping to the 2nd support/jungle role. However that is still subject to swap around as Bkid excels at certain 2nd support heroes such as Behemoth/Magmus. Hax is no doubt the best carry player out there behind Era who seems to have officially moved on to Dota 2 so we're happy to have him.

So here I am today, writing this blog. The Dreamhon Summer Championships start on Friday and tdM is looking to practice harder than ever. After dealing with some… annoying DoS issues which resulted in a forfeit loss to TteS in the Clan Milk Tourny Finals we are more ready than ever to see where HoN takes us.

The opinions of this blog are my own and do not reflect any of the attitudes of my teammates or sponsors.

A couple more pictures from my trip: 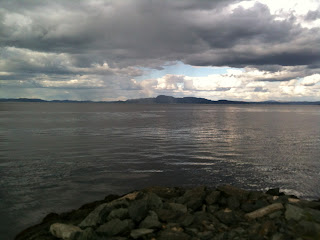 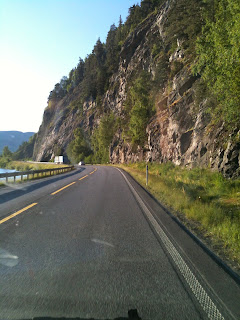 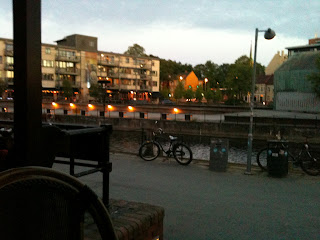